A celebration of Inishowen heritage 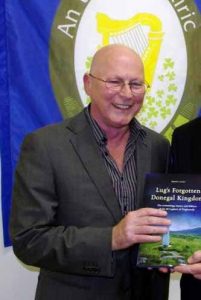 The recent Lands of Éogain Festival was a celebration of Inishowen heritage from the early Christian period to the early 20th century. Presentations from expert scholars and stories of old from local heritage enthusiasts, made this a wonderful eclectic mix of Irish stories and influence.

Former Ambassador James Sharkey (Russia, Japan, Australia) launched proceedings on Friday night, followed by a wine and nibbles reception and a chance to chat while listening to the wonderful Inishowen Traditional Music Project.

This was followed by a presentation by the ever engaging Dr. Brian Lacey who spoke on the ‘The Origins of the O’Dohertys of Inishowen’, a topic which is of great interest to the many O’Dohertys who live in Inishowen today.

After a light lunch, we were treated to a guided walk down nearby Binnion Road with a host of local storytellers, stopping at points of interest and engaging participants in the many stories that take in the long and windy Binnion Road.

Our last day of the festival on Sunday was with our firm friends and accomplished archaeologists, the Bernician Studies Group, who gave a lovely account of their work to date in Inishowen, the reasons why they came and the reason they keep coming back. And that is something we in Inishowen have been very grateful for, as the science and detail of their stories has verified many of the old stories and opened doors to new theories. The presentation moved to a bus tour where we explored the sites of the Isle of Doagh, Glebe Road and finally onto Carndonagh Cross. It was here that a lot of discussion came together with input from Brian Lacey, Thomas Charles-Edwards, Ian Fisher, Max Adams ad Colm O’Brien contributing to theories in an enthralling way.

The Lands of Éogain team have many people to thank for their contributions over the weekend. We would like to express our gratitude to each and everyone of our helpers, talkers (of which there are many!), caterers, musicians, landowners and participants for making this a very successful festival yet again for Inishowen. 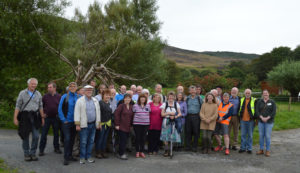 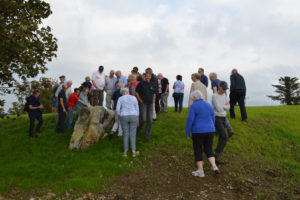 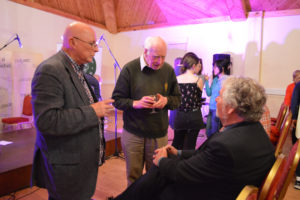 Synopses of presentations and Biographies of speakers.

Newcastle-upon-Tyne where the Bernician Studies Group is based is located in what was once the kingdom of Northumbria.  In the 7th century there were various connections between Northumbria and the Cenél nEógain of Inishowen. One of the Northumbrian kings, Oswiu, apparently had a relationship with a Cenél nEógain woman – a princess – who became in turn the mother of another of their kings, Aldfrith, who had other Donegal connections also. Aldfrith is said to have known Irish and a number of texts in that language are attributed to him. This talk will review all of the evidence for these interesting connections.

Biography:  Dr Brian Lacey is a retired archaeologist and early Irish historian. In the 1980s he was the director of the archaeological survey of Co. Donegal. He is the author of over a dozen books and many research papers, dealing mainly with the history and archaeology of Cos Donegal and Derry in the period roughly AD500-1200. His most recent books are: Columba: His Life and Legacy and Medieval and Monastic Derry: sixth century to 1600.

The present Church located in the townland of Straid in the parish of Clonmany, known as St. Columba’s, was built in 1773. The site of the church has long been associated with Colmcille and is believed to be the original location of the monastery which gave its name to the parish. Much information regarding this monastic foundation has been recorded from folklore and a strong sense of respect for this place still exists. This talk will explore the oral tradition that exists and provide the long awaited scientific evidence for the presence of an early monastic site in Clonmany.

Biography: Saint Columba’s Conservation Group was established in 2015 to stabilise the present Church ruin, repair the boundary walls and maintain the extensive graveyard. These works are ongoing along with in-depth research regarding the history of the church and the site’s earlier monastic phase.

The Bernician Studies Group is a community lifelong learning group in north-east England who have carried out extensive ground work and research into early monastic sites in Inishowen. They have conducted excavations and geophysical surveys which have yielded definitive and in some cases dateable evidence of the monastic settlements of Inishowen. Their work to date has been published in the Donegal Annual, the Ulster Archaeological Journal, and in a University of Cork monograph. The Group is also engaged in studies of historic woodland and early ecclesiastical and secular territories in Northumbria. 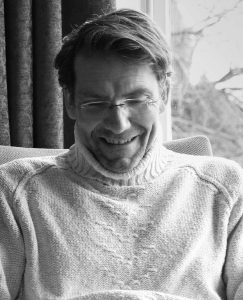 The Viking experience: Inishowen, the Cenél nEógain and beyond.

The Viking experience in Dublin and the south of Ireland is well-known.  Given Inishowen’s northward and seaward-looking history and the pre-eminent role of its kings in the Early Medieval period, it is surprising that the peninsular features so little in the annals of the Viking Age from about AD800-1000.  In this talk, the context of those fateful centuries is drawn out and, in blending recent archaeological investigations with the annals and the broader Atlantic picture, it is possible to give Viking Inishowen some tentative foundations and suggest where we might look for more concrete evidence.

Biography: Max was a professional field archaeologist for many years, with interests in landscape studies and in death and burial.  He has written several books on a variety of historical subjects; the third part of his Dark Age trilogy Ælfred’s Britain: War and peace in the Viking Age will be published in Novermber 2017.  With Colm O’Brien he has been actively researching the Early Medieval landscapes of Inishowen for several years. 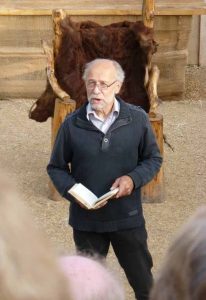 Ecclesiastical empire-building: Armagh, Fursey and the Merovingians
The initial foundation of phase of monasteries in sixth-century Ireland was followed by a consolidation phase in which a relatively few foundations associated with major saints asserted control over lesser ones and thereby emerged as mother houses of monastic confederations. This talk reviews what is known about the genesis of the Armagh confederation in the seventh and eighth centuries, and then presents evidence for its extension into Merovingian Gaul

Biography: Hermann Moisl is southern Bavarian by ancestry and birth (hence the name) but partly raised and educated in Canada (hence the accent). After completing his undergraduate degree in Linguistics at McGill University in Montreal, he did an M.Phil. in Medieval Studies at University College, Dublin, which included a grounding in Old and Middle Irish, and thereafter a D.Phil. at Oxford on the role of the Irish learned orders in the preservation of pre-Christian traditional learning during the advent of Christian literacy. After gaining his D.Phil. he was in 1980 appointed to a lectureship in the Department of English Language at Newcastle University, UK, where he became interested in computational approaches to the study of language. This led to completion of a computer science degree, and his research career since then has been in computational linguistics. He has, however, retained an interest in early medieval Ireland. 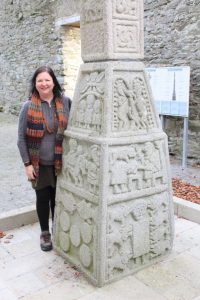 From Malin and Skellig Michael to Sinai: the Irish contribution to early medieval manuscript culture

In this illustrated talk, Michelle Brown will explore how the Irish helped to shape the culture of the West during the early Middle Ages- interacting with their own Iron Age Celtic past, along with that of the Mediterranean and of the Middle East – when the global super-power of Rome went into meltdown. The rich material and literary culture that was produced will be savoured.

Biography: Michelle Patricia Brown is Professor Emerita of Medieval Manuscript Studies at the University of London, and a Visiting Professor at University College London and Baylor University (Texas). She was formerly the Curator of Medieval and Illuminated Manuscripts at the British Library and has had the experience of working with some of the great landmarks of human culture, including the Book of Kells and the Lindisfarne Gospels. She has lectured, broadcast and published widely. 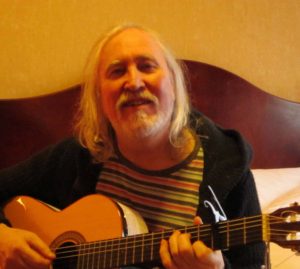 A journey through time into the 1834 Ordnance Survey maps to reveal the locations and meanings of the parish’s smallest population centres. Building on Dr. Martina O’Donnell’s ground-breaking research on Farm Clusters in Clonmany Parish, Seoirse Ó Dochartaigh had expanded the research to interpret the Gaelic meanings of each cluster. Donegal Central Library gave him permission to photograph the first Ordnance Survey maps of the area and produce beautiful, pristine images.

Biography: This Donegal-based artist and musician has had exhibitions throughout Ireland, Scotland, France, Germany, Holland, Austria and the USA. Music is a persistent theme in Ó Dochartaigh’s work: ideas come directly to him from the experience of listening to music. But he also trawls the words of songs sometimes, or reads poems, in search of the right stimulus.  As a singer of Gaelic songs – from the living sean-nós tradition – Ó Dochartaigh has found easy access into a landscape peculiar to the Gaeltacht. The songs of the Gaeltacht, he discovered, are full of beautiful lines describing simple, diminutive, colourful aspects of a wild and rugged terrain washed by the waves of the sea, dewy with streams, lakes and waterfalls and overgrown with heather, fern and gorse. In these songs, only the minuscule aspects of the surroundings are celebrated: the blossom of the blackthorn, the dew on the morning grass, berries growing along the hedgerows, etc.